The Polisario: Morocco and Algeria’s child out of wedlock 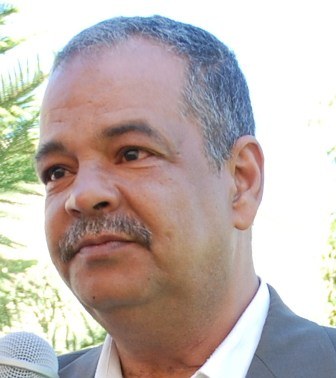 Morocco could have experienced a major setback in the wake of the recommendation adopted by the US government following the expansion of the MINURSO’s functions, including human rights. This recommendation is designed to give MINURSO broad power to monitor everything related to human rights, which the Sahrawi claim they suffer from.

This expansion of power would make the MINURSO a party to the conflict, and even a referee for what is being raised about the abuse of human rights in the Sahara. By these powers, Morocco would lose its sovereignty over its southern provinces, and thus the Sahara area could become a UN protectionism, and thereby Morocco’s presence would remain optional, only a formality.

Now Morocco has managed to avoid this conspiracy knitted in the US administration, which Algeria and the Polisario penetrated, despite the US  apparent tendency in favor of Morocco’s position . The event has shown that the question of human is of paramount concern in today’s world, for it is not a luxury or a just political demand, but it is a prerequisite to gain access to today’s world, which makes Man the center of its attention.

Although Morocco has shown some kind of openness in this domain in recent years, following the terrible years of Lead, and has established special structures to deal with this problematic, it is still awaited for greater effort.

Human rights are considered to be sensitive, vital and serious, not perceived as slogans raised here and there; it is at the Moroccan government’s interest, and even stipulated in the legal arsenal. Since the Belief true of the legitimacy of human rights is a radical break with the past depositions with all its disadvantages, and acess to true modernity, which makes Moroccan human full of citizenship, finding himself institutions, and his voice and opinion the weights he deserves.

It should be noted that the issue of human rights is not only the Sahrawi’s interest, but all Moroccan citizens, and particularly our citizens who are detained in the Tinduf Camps.  Since it is a magic paradox that Algeria raises its voice claiming respect and human rights in the Sahara, and at the same time controlling the noose of its citizens in Algeria, the detained in its territory, and in Tindouf and others. It is regrettable that the Polisario is crying over the fate of Sahrawis in the Moroccan Sahara only, and exerts on the Sahrawis and other detainees all kinds of oppression, abuse and humiliation.

But it is not also understood that the international public opinion along with some international organizations go to this proposal which is the interest to what is happening in the Moroccan Sahara only, forgetting that the issue of human rights is universal in time and space. Therefore, if Morocco wants to win the bet, it must be a real and effective actor in this area, along the geography of the country as a whole.

Human rights should be set with its overall content, including the economic part at the heart of its concern in all its development schemes. There is no meaning to human rights if not lived up to Moroccan Man to the level of position of all his political, economic and social right, including services (treatment of disease, equity from oppression and provision of job opportunities after graduation) and enable him to create his institutions which truly represent him, where he will find himself. Hence, Morocco must fully break with old and aseptic diplomatic interest actions, which have walked upon so far.

It is a must that our diplomacy believes in its efficient role at this stage by being autonomous  in decision making and in the treatment of all  related files including the Sahara and the rest of our usurped land in  the East, North and South, having on the grounds a  thorough perception and plan , investing and awakening and  regulating the performance of official diplomacy in parallel.

Diplomatic activity in representative as well as in civil institutions also needs to be discussed, and shouldn’t remain in the private corridor, waiting for instructions from bench top.  If Morocco goes through this tactics, which respects human citizenship and his intelligence, it will win the Sahara’s bet and the Moroccan human together, in a geostrategic environment still dragging behind it dreams of expansion, domination and interest, and doesn’t assess any weight to the concept of human rights, except in the matter of pressure and oppression.

Morocco has a historical opportunity to access the world of modernity with all its intellectual and institutional‘s real requirements:

So, let us make of this crisis a beginning of vigilance and true engagement in the accomplishment and establishment of the citizen’s, the nation’s and the world’s needs by giving human rights its real content. This price requires the completion of these rights by fighting economic rent, putting a balance in the distribution of wealth, and by fighting against corruption. Likewise, our diplomacy, parties and civil organizations should play a leading role both internally and externally, by not repeating a matching copy of the official diplomacy, and by referring to things by their real names.

However, with severe oppression that it went through, and the entering of Algeria on the line, with its promotion to the option of secession, and its killing of the symbols of unity options( Mustapha el Ouali and his companions) this movement became dependent to Algeria and a servant to its expansionist and dominated dream. Thus, the Polisario turned into a separatist system, betraying its institutional and intellectual foundations, because in any developmental case, it can’t be a separatist.

Because regimes and governments change, but the soil remains, in this sense Algeria’s attempt serves the imperialist schemes in more division through its illegitimate child the Polisario. The Sahara issue in its dept is the knot of unity or division of the Arab Maghreb Union.  O Algeria, beware of internal break up!!